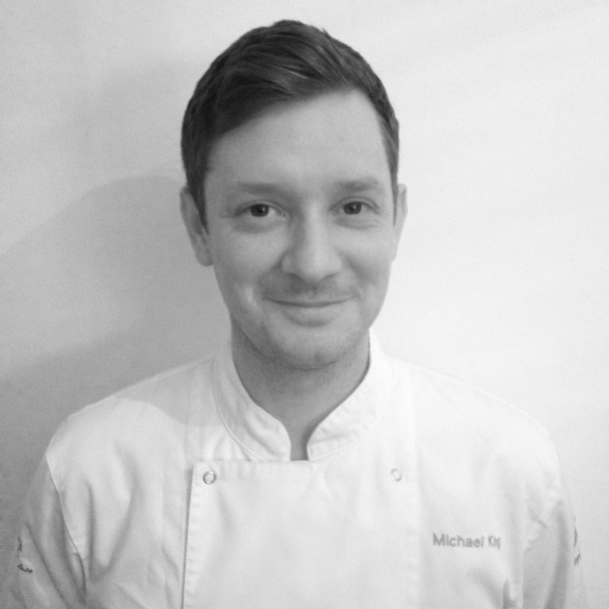 I was born and raised in Coventry and started working in the industry 18 years ago (at the tender age of 16) I gained my formal qualifications at Birmingham college of food, and went on to work in a variety of hotels & restaurants in the Midlands, followed by some years on the sports event circuit looking after VIP’s & Royalty. I was lucky enough to spend most of my twenties travelling the world with my trade and did 4 ski seasons as a private chef in the Alps and a couple of years in Australia (as well as time in NZ, South America & Mexico)
After moving to Brighton, I joined Compass in 2010 as chef manager of Brighton and Hove Bus Depot before moving on to be Head Chef at AMEX- Brighton’s largest employer. From there I joined Heathrow as development chef looking after T5 and the construction of T2 before taking a similar position at the Civil Aviation Authority. I then spent 2 years as the Group Exec Chef for G.E (a huge company with complete focus on health & wellbeing) before moving over to my most recent position as head of Culinary/food operations for 14forty- compass’s Integrated Facilities management sector. After 2 successful years seeing over 100% growth and taking 14forty from 30 catering contracts to over 100 (with help of some fantastic executive chefs- including our very own Wayne Corbett) my 14forty role culminated in leading the catering element of the JLR tender, when we were successful there was only 1 contract I wanted to work on!
I am a member of the Compass culinary team and won “Gold best in class” at last year’s international Hotelympia competition for restaurant fish plates. I also trained and entered 14forty’s first team into competitions and in the last 2 years we have won over 10 culinary medals and had representation at the “Compass Chef of the Year” final.
I am obsessive about all things fish and seafood, and represent Compass Group UK as the Fish & seafood sustainability champion- regularly working with the Marine Conservation Society and our corporate responsibility Director to ensure we take a responsible approach with our oceans. (On a side note I came 2nd in the “All England Squid Fishing Championship in 2013 and have placed in the top 10 every year since then)
We are only as good as our team, which is why I will put a lot of effort into training and developing talent within JLR to push themselves to achieve their goals. Our above unit team led by Alex and myself is second to none, my 2 Regional Executive Chefs (Wayne & James) are both phenomenally talented having been awarded culinary medals and rosette’s which is testament to their skill and work ethic. Between the 3 of us we commit to both supporting you & driving this contract to a place where it is recognised as being the flagship not just within Compass, but within the industry.
If I had to choose one thing I am looking forward to most, it would be working together in developing your talents and skills, and having JLR represented at culinary competitions, Industry awards and hopefully one day seeing you with a Gold Medal hanging round your neck!
We have an incredibly busy time ahead of us and I cannot wait to get started. I genuinely look forward to meeting, working and supporting you over the coming weeks, months & years.